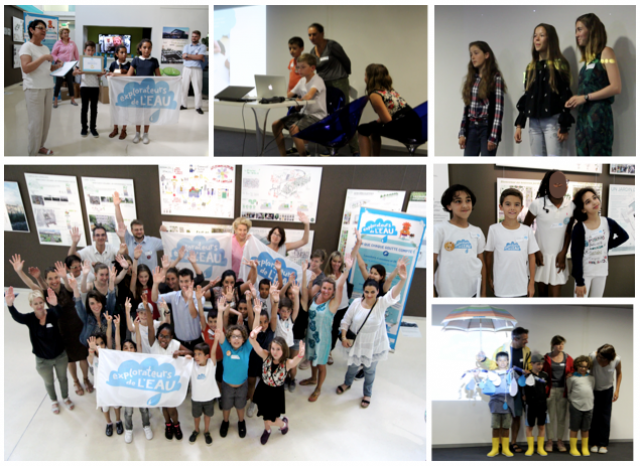 5 teams attended this event. There were teams aged from 8 to 13, 2 coming from the South (Ecole Auguste Carbonnel and ACM de Fayence), 2 from the West of France (Collège Saint Joseph du Loquidy and ITEP du Bas Landry) and one from Paris suburb (Ecole Général Leclerc).

We all had a lot of fun during this day. After playing a small board game with students, teachers and jury members, each team presented their Water Explorer project. With videos, role plays or songs they delighted the jury members. But it was very tough work for them to choose a winner.

After lunch, as the jury was discussing, student and teachers were offered a water filtration and a workshop on Paris Water Distribution by the Paris Water Hall staff.

Finally the jury members  announced the results: the winning team of the year is Ecole Auguste Carbonnel from Vidauban. As it was very thight all the other team were considered as runners up.

It was a very joyfull event, we'll all keep great memories from this day. But for now, it's summer holiday for students and teacher!